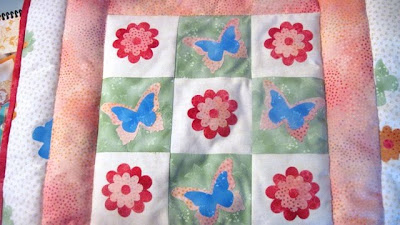 Hello Friends,
Have you ever wondered what your life was like BEFORE the Big Shot came into it?  If you don't own one, you are MISSING out! :)  This fabulous 'friend' has saved me so much time and I have created so many things using all the awesome dies that go with it.
Marjie Shulsinger, one of our very talented Divas made this beautiful quilt. Makes me want to snuggle underneath it, just by looking at it.
What projects have you made using the BIG SHOT?  Send your submissions to maxstamps@yahoo.com (PLEASE be sure to put UDI Submission in the subject line). If your project is featured right here on Utah Divas International next Monday, you will be entered in to a drawing to win a Big Shot Die ($21.95 or less).

Have a wonderful day!
Max
Posted by Maxine Conrad at 9:04 PM 2 comments: 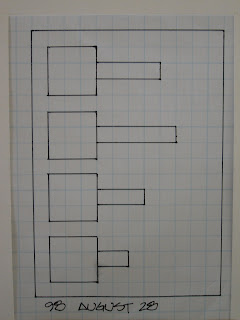 Can you believe it's the end of August and schools are now (or soon) in session? Where did the last three months go? I, for one, am more than ready for the autumn weather. It has been way too hot for me.

As you skip through our blogs today, think about what you did these past three months and what you'll do during the next three. Do you have any specific plans? Have you accomplished what you wanted to? What are your new goals? Just something to think about. Have a great weekend.

Barbara
Becky
Ruthie
Tammy
Tiffany
Carol.
Posted by carolm at 12:01 AM No comments: 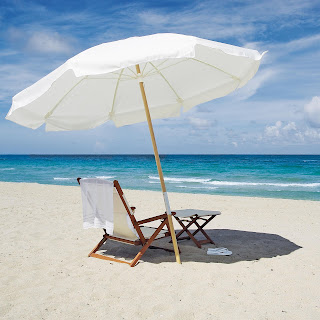 Thursday already?!? What a busy week with school starting and getting everything ready for it. My days are more quiet now, but not quite as relaxing as this week's Inspiration picture. I love the blue of the water and the white of the sand in this picture. I also love the crispness of the picture too. Can't wait to see what you come up with!!

Post a link in the comments section with your blog entry or public gallery showing us what creation you were inspired to come up with!! If you upload to a public gallery, be sure to put DivaIC110 (no spaces) as the keyword. Have fun!!

Thank you for your patience!  We are changing things a little here and am letting you know there is going to be a lot more inspirational and fun things coming your way :)

Have a wonderful day!
Max
Posted by Maxine Conrad at 9:23 PM No comments: 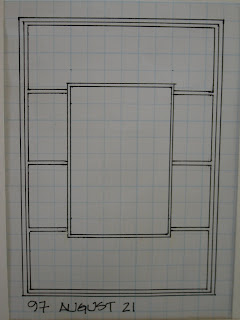 It is flippin' hot!!! I don't know about you, but I am sooo ready for autumn. Cooler days, back to school, apple cidar . . . you get the idea. So, without further ado please skip on through the blogs to see what the team has created today.
Adriana
Alisa
Barbara
Becky
Ruthie
Tammy
Tiffany
Carol.
Posted by carolm at 12:01 AM No comments: 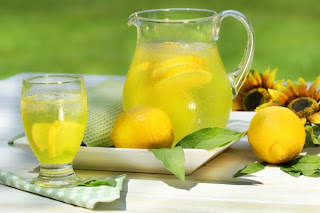 As summertime seems to be coming to a close with the start of school just around the corner, this week's bit of inspiration is quite refreshing. So raise your glass and enjoy the taste of summer!
To see what my creative team came up with, just click on their name:

Post a link in the comments section with your blog entry or public gallery showing us what creation you were inspired to come up with!! If you upload to a public gallery, be sure to put DivaIC109 (no spaces) as the keyword. Have fun!! 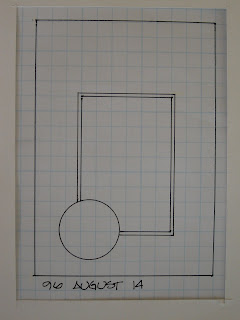 Can you believe it's the middle of August already? I've even heard that some schools are already back in session around the country. Here in Michigan they don't start until after Labor Day. They think that it lengthens the tourist season. I just think it makes the kids get out later in June and shortens the summer at the beginning.

Our sketch today looks relatively simple so let's see how complex the team got with their creations. Don't forget you can get a link on each blog to the next person in the line up. Have a great weekend.

Finally Friday in a Shadowbox! 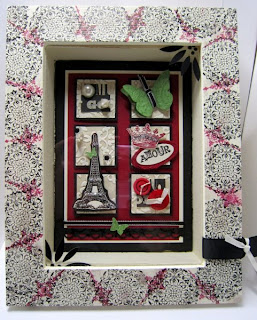 I wanted to show the 3D project I made for the Friday night dinner, card and 3D swap at convention we had. It was a lot of fun and good food, too! We had dinner at Biaggi's, an Italian restaurant.

Now, not to pat myself on the back, but this shadowbox really is not as hard to make as it looks. I am absolutely thrilled with how this came out. The most expensive item on here is the shadowbox itself!!! And that I found on clearance at my LSS! The rest is done with scraps and bits of card stock, which cost next to nothing. (I'm not sure exactly how much, but you get the point!) And it didn't take forever to make. I literally completed this on the Saturday before I left for convention. Now I did have the idea thought out in my head, but we all know how those ideas sometimes come out. What took the longest was painting the box, which is painted with buttermilk craft paint. The frame was stamped with the medallion in black staz-on, the decorative accent in Cherry Cobbler and then I spritzed Crumb Cake over it. 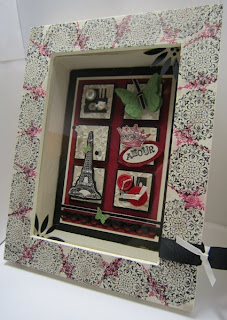 The inside is layered with black textured card stock, Very Vanilla and Cherry Cobbler. My thought for this was a collage look, so I used as many different, yet similar, items as I could. The Very Vanilla squares were put through the Big Shot with the new Vintage Wallpaper eb folder, which I inked up with Crumb Cake first and punched with the 1 1/4" square punch and layered on black textured c.s.

The Eiffel Tower was stamped in black staz-on, versa mark and then clear embossed. At the top, middle and bottom levels chunky crystal glitter was adhered with crystal effects. The crown also has a row of the same chunky glitter. The butterflies are from the Beautiful Wings embosslit in Wild Wasabi. These were scraps from my swap card and had been stamped with the Very Vintage jumbo wheel. The black 1/8" taffeta is the body. I used half pearls and 2 of the clear crystals from the now retired Pretties Kit. The crystals are a little difficult to see, but I placed a black brad through the top. The buttons are Real Red from the now retired Playground set.

All of the squares, and many of the items on top of them, are up on dimensionals. I used the thick window sheets for the "glass" so it wouldn't break in my suitcase. The flowers on the "glass" are one of the decor elements items, just cut in half. 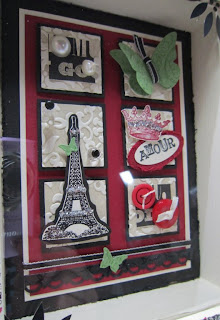 Don't be afraid to let your imagination take you on a new adventure! I see many more of these in my future. 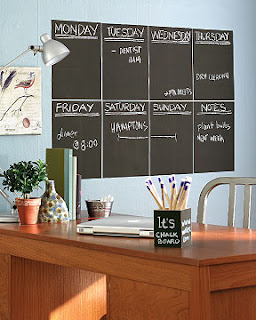 Can you believe summer is just about over?!? Where oh where did the past three months go?? Within the next two weeks my kiddos will be starting another year of school. I'm excited and sad at the same time - it's been nice having them around, but the quiet would be nice too. :)
This week's inspiration picture goes perfect with back to school.
More exciting news - I would like to introduce our newest member to the Diva Inspiration Challenge Team - Jill!! Please be sure to give her a warm welcome and check out her talent.

Post a link in the comments section with your blog entry or public gallery showing us what creation you were inspired to come up with!! If you upload to a public gallery, be sure to put DivaIC108 (no spaces) as the keyword. Have fun!! 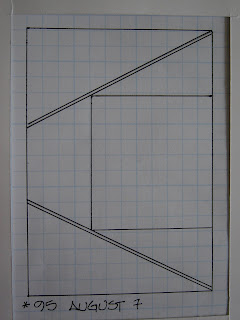 Welcome to another sketch challenge here on udi. It's been weeks since I've posted because I had to prepost the last couple of weeks. I was traveling and did not have internet access. I hope you are enjoying your summer and that you enjoy what the team has made for you today. As always there are links on each blog or you may return here and use the links. Have a good weekend. 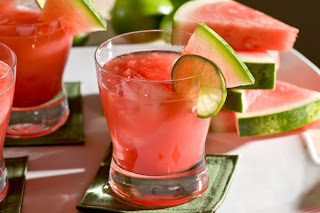 WATERMELON!! Can you get any more summer than that?! Staring at this week's inspiration picture and getting my thoughts together, I had to take a break and go chop up the watermelon I had sitting on my counter. Boy did that hit the spot!
Hope you have a great week!

Post a link in the comments section with your blog entry or public gallery showing us what creation you were inspired to come up with!! If you upload to a public gallery, be sure to put DivaIC107 (no spaces) as the keyword. Have fun!!